And what a question that is. The proper noun that has become a verb has also become a polarising factor in the world of image making. There are those that hate it, hate the concept of changing an image. Others love it and use it precisely TO change images. Me, I’m a little of both. I hate it when it is an abuse of power. But I do use it extensively…and I like to think, ethically too.

Adobe Photoshop was born in (…deep breaths everyone…) 1988. Oh. My. God. Not only is it unusual for software that old still to be going but it’s also unusual in that, today, it is probably better than it’s ever been. It’s quite remarkable the functionality that is built to it these days. It is very powerful.

But with great power comes great responsibility. In my mind, I have no doubt as to the source of the hatred of “photoshopping”. I believe we can boil it down to two main reasons.

But Photoshop is just a tool. Used well it can help creatives produce things of great beauty and which engage with viewers like never before. Love it or hate it, the world of the internet would be a spectacularly dull place to be if all images were straight out of camera – believe me!

The Greatest Misconception of All

“You shouldn’t use Photoshop at all because you’re changing what was there when you took the picture.“

Am I, though? The greatest misconception of all is that a camera is a time recording machine capable of capturing every colour, every nuance, every detail, every taste, smell and touch of a moment, and to change that is sacrilege. Well, reality check, folks: if you get your hand in your pocket, sell the house and spend £32,000 on a Hasselblad H6D 100 megapixel camera (and another 10 grand on a cracking lens)… you still wont be any closer to that misconceived ideal. Cameras are just, well, how can I put this…a bit crap. Even the really good ones. They are nothing like the human senses and are, at best, a rough approximation. So to say what is captured in camera is “the real thing” is a nonsense. They even do their own version of “photoshopping” within, as the image is captured to attempt to balance light, shadow and colour depth and saturation. It’s all bogus.

My usage of Photoshop – laid bare

I like to think of myself as a creative type and I use Photoshop in my business and in my personal artistic “for fun” creation. In business, I couldn’t do without it.

Look at this image. It’s just a training shoe. But creating these “hovering” images is impossible without Photoshop. There’s a clamp holding that shoe. No one wants to see that; that would be ridiculous. They want to see the shoe. Product photography is full of things like this that require photoshopping. If the client wants a dozen lipsticks in their reflective tubes arranged in a V formation pointing at the camera, then they will all reflect off each other and be a complete mess. It has to be dealt with – there’s no two ways about it. After treatment, the end result will still look like a V formation of lipsticks – you’re not being tricked, it just looks better than it would otherwise have done.

In my headshot business, my lights are so close to the subject, they’re in the shot. Yes, I could arrange everything differently so that the lights were further away but I like it this way. That’s my prerogative. I can remove the lights afterwards with Photoshop. Additionally I will retouch skin. I will remove temporary blemishes (like spots) because they do not form part of that person’s self. I’m not making them into something they are not, I’m just making them look smarter. Contrast that with moles, freckles or birthmarks. These I leave alone – they do form part of the person. If you meet this person, you will see these attributes.

Almost all professional photographic images need to be photoshopped. As I’ve mentioned above, the camera is not the perfect tool. Dynamic range (the ability of a camera to capture the range of luminance from the very brightest without being white to the very darkest without being black ) is very limited on cameras – it’s nothing like human eyesight. Situations that have both very bright and very dark areas have to be dealt with, either by camera trickery or afterwards in Photoshop. Colours are camera-specific (and sometimes even lens specific). Take the same picture with and Canon a Nikon and you’ll get two distinctly different images. Photoshop is used to correct colours, or set them to be what we’d like them to be to create a particular mood.

But also there is the creativity aspect – creating the image (and image) you want. If a painter paints an image, we accept it. Melting clocks, impressionism, cubism, anything goes. But if we create a new image from a photo, for some reason it’s considered cheating – it’s irrational. Which of the above images is the stronger? I’ve added a few birds, I’ve emphasised the sun, but all the sky detail and colours were there in the original, I’ve just brought them out a little. Surely in the case of artistic endeavour, the end result is all that counts. How you got there is irrelevant.

What I Won’t Do

I’ve already alluded to this earlier in the article. I will correct colours. I will create mood. I will create art. I will make people look authentically their best. I will deal with the problems of the physical world that encroach on my photography that I don’t want.

But what I won’t do is use my skills to feed into false stereotypes of so-called perfection. I won’t make people into what they are not (except maybe in an abstract artistic sense.)

So I don’t know if I’ve convinced you that Photoshop is a force for good or not. It’s certainly not “the bad guy”. But the fact is, it’s here to stay. Done badly (and it’s done badly A LOT) we photographers and graphic designers can see it a mile off. But the lay person can see it too. They’re not quite sure what’s wrong, but they know something is. This is good. This drives up standards all the time.

The best photoshopping is the photoshopping you never see. Like modern movies, most of which have some degree of CGI these days, the unreal is done so well you can’t spot it any more. 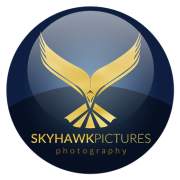 Owner of Skyhawk Pictures, creating DESIRE in your personal and business brand with WORLD-CLASS headshots, branding and product images

This section is in progress right now and will be ready very soon. In the meantime, if you need to know more about video production and Skyhawk, contact Stephen using any of the links at the foot of the page.
We use cookies to ensure that we give you the best experience on our website. If you continue to use this site we will assume that you are happy with it.Ok